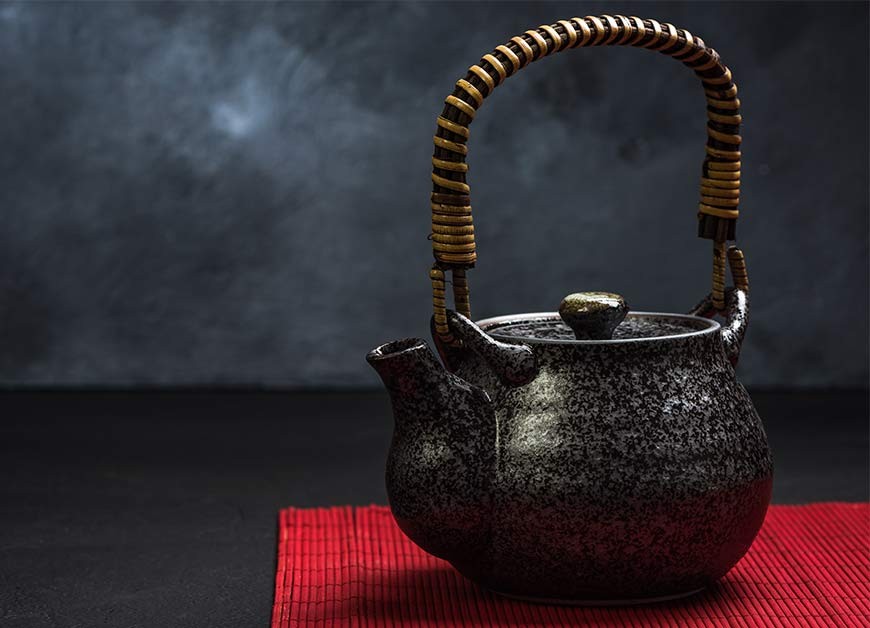 Tea Traditions From Around The World

From the ancient dynasties of China to the modern tea blends found in coffee shops all over the world, the rich history of this hot beverage has spanned endless centuries and continents. Every culture has a unique way of enjoying tea, and each of these traditions has been passed on from generation to generation, allowing us all to enjoy a hot cup of tea in different ways. Here are some of the most intriguing and unique tea traditions from around the world.

In Japan, there has always been a fascination with the art of the tea ceremony. The most popular type of tea is matcha green tea, which is served with sweets and other snacks to complement its slightly bitter flavour. Japanese tea ceremonies are carefully choreographed and consist of several steps, including the decoration of the home, inviting your guests, the order in which the tea is prepared and served, and even the cleaning up afterwards.

Argentina : Drink of the Gods

This South American nation enjoys a unique variety of tea known as “mate” (pronounced maa-tay), a special herbal blend of tea. This drink, known as the Drink of the Gods, is prepared in a small steel pot and drunk through a special straw that filters out the leaves. Once the tea is finished, you can pour more water into the same pot and pass it around, so that many can enjoy this special preparation. Traditionally, mate is drunk plain, but people have started adding sugar and honey to accent its rich flavour.

The unique tradition of drinking zavarka, a loose-leaf tea blend, came from the bygone era in Russia where provisions needed to be shared among many. A very strong black tea blend is prepared in a small metal pot called a samovar, and then a small amount of it is served to each guest in their own cup. The concoction is so strong that you will most likely need to dilute it with boiling water, milk and sugar. It is customary for the host to serve this with a variety of cookies or savoury snacks – in fact, serving just the tea is considered rude!

China : The art of drinking tea

A traditional Chinese tea ceremony is an incredibly intricate process that involves several unique utensils and a rigid set of steps that all the guests have to follow. Usually, guests are invited to smell the leaves before the tea is brewing. The teacups are then washed with the tea prepared from the first brew – no one drinks just yet. Finally, the guests can enjoy the second brew, after the tea is carefully poured in one continuous circular motion into all the cups. Even after drinking the tea, guests are expected to savour the aroma, rather than putting the teacup down.

Morocco : Three cups is the charm

Moroccan mint tea is the customary blend of this north African nation, and is usually served after a heavy meal. A rich blend of mint leaves, green tea, and sugar, served in ornately decorated slim glasses, this tea is both healthy and refreshing. The brew is served three times to each guest so that they can experience the richer flavour with each cup. To refuse any of the three servings is considered highly impolite.

Tibet : Butter in your tea

While most of us debate between milk, sugar and other usual additions to our cup of tea, in Tibet, they serve up a more unusual blend. The traditional tea of Tibet, called Po Cha contains not just black tea leaves but also milk, salt, and yak butter – a combination that gives the tea a thicker, soup like consistency. The blend, while it sounds unusual, is very invigorating especially in the freezing cold climate of this high-altitude region.

Last, but not the least, the spicy, rich flavour of Indian tea is not to be forgotten! Indian chai is enjoyed all over the country, in small cafes, on the roadside, and in every home. While regional recipes vary, the traditional cup of chai is served with milk, sugar, and a blend of spices (most commonly cinnamon, ginger, cloves, cardamom, and pepper). The best way to enjoy a hot cup of chai is from a clay cup on the streets of India, a treat that many of us can strongly relate to.