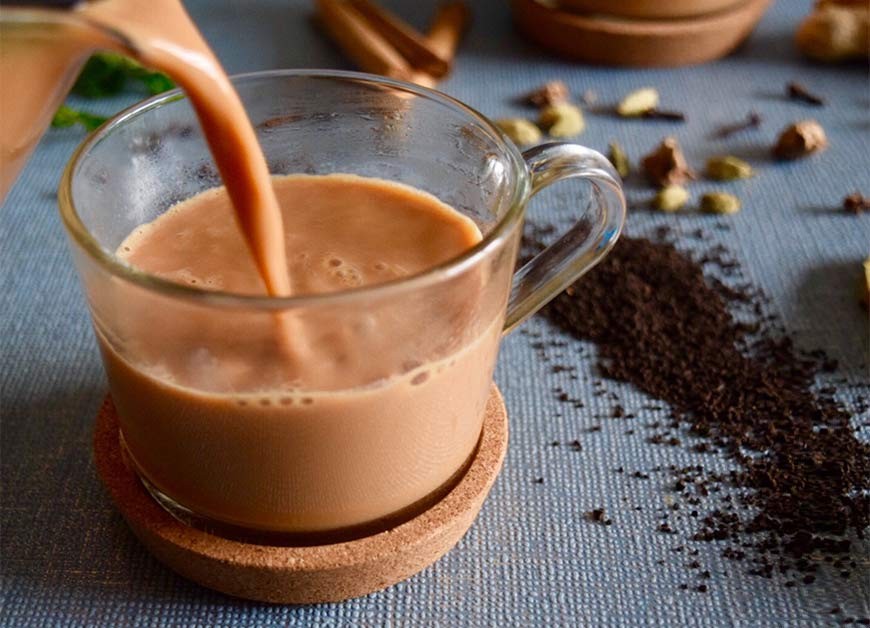 The Best Type Of Tea For Delicious Milk Tea

The Best Type Of Tea For Delicious Milk Tea

What is milk tea?

Milk Tea refers to any tea-based beverage that has milk added to it. Milk tea can be made by adding a simple splash of milk to your tea, or by adding milk along with other flavouring agents to black tea. Milk creates a smoother flavour and mellows the sharpness of black tea, and is one of the most loved beverages in many countries around the world.

How much milk should be added to tea?

In most cases, black tea does not require too much milk, but it depends on personal taste and the type of tea that is being brewed. In general, people tend to use a tablespoon or so of milk, though some recipes call for more milk. There is less caffeine in milk tea and an 8-ounce cup generally contains 60-120 milligrams of it.

What is the best way to enjoy delicious milk tea?

While many tea experts say that adding milk and sugar to tea reduces its flavour, the most important factor is how you prefer to drink it. There are many types of teas that can be enjoyed with either milk or sugar, or even both. While there are no hard and fast rules about adding milk or sugar to tea, there are certain blends that taste better with milk, for example - English Breakfast Tea and Assam Tea. Similarly, Sweet Tea and Gunpowder Tea are both better with sugar only, whereas Tea Lattes and Bubble Tea go well with both, milk and sugar.

What are the best types of tea for milk tea?

In general, stronger single origin black teas like Munnar Tea, Ceylon Tea, and Indonesian teas are better with milk and sugar. It is also common to make milk tea out of English Breakfast and Earl Grey tea. Many people prefer to drink teas like Earl Grey with a splash of milk and lemon, but in some countries like the United States, people also add sugar to the tea to enhance its flavour. Some teas which go well with milk are:

Since Indian black tea has such a strong flavour, it goes really well with a dash of milk and sugar. Assam and Munnar Black teas taste better with these two additives. Black tea also contains caffeine, which helps to keep people more alert and awake. Although black tea blended with fruity flavours does not go as well with milk, black teas blended with nuts like hazelnut, and flavours like vanilla or caramel, go very well with milk and sugar.

Rooibos leaves are not from the same plant as black tea leaves, and have a caramelly flavour which is perfect for milk tea. Adding rooibos tea to milk tea gives it a creamy texture and tastes good as well. However, you should be careful not to overdo the milk and sugar in it.

The quintessential cup of Indian Chai is the best way to enjoy flavour and spices in black tea, without overdoing it. Indian chai is generally strong in flavour and often spicy, which definitely goes well with milk and sugar. The perfect cup of chai is that in which the spices can be tasted but still not overpower the taste of the milk and sugar, making it a perfect blend between sweet and spicy flavoured tea.